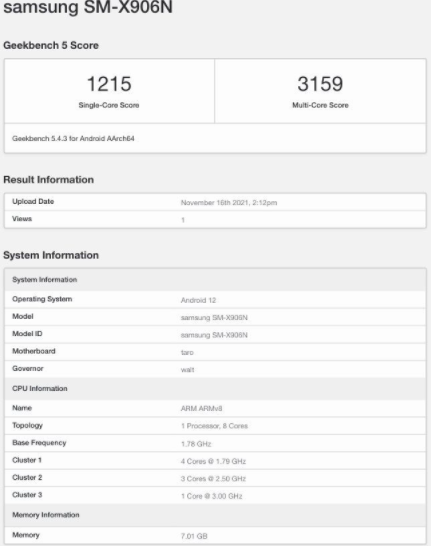 The tablet runs on the same “Taro” chipset as the Galaxy Tab S8 +, and according to the latest rumors, it will be marketed as the “Snapdragon 8 Gen 1”. According to Geekbench, the Snapdragon 898 chipset will not be included as previously reported. Samsung seems to be ready to announce the Galaxy Tab S8 Series. Samsung has not yet announced an announcement date, but it could be in January or February next year.