Apple introduced iOS 15 last month, a major iOS update. However, the main features of iOS 15, such as SharePlay, were added in an update like iOS 15.1 last month.

Apple has just released the iOS 15.1.1 update, which fixes an issue that many users have reported. This is a common problem for iPhone 12 Series and iPhone 13 Series users, especially those who fall while talking on the phone. 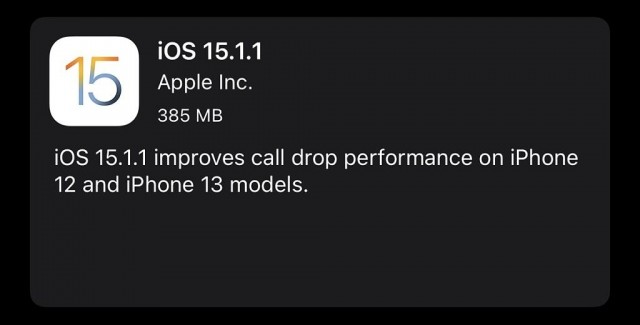 Later this month, Apple will release the iOS 15.2 update, which includes a number of new features, including the App Privacy Report feature; Updated Emergency SOS; In addition to Notification Summary Improvements, Child Safety Features will be added. However, currently the iPhone 12 Series, If you are having problems with your 13 Series while talking on the phone, you need to update to iOS 15.1.1.